These are project ideas that I would love to do myself, but probably wont find the time to do in the near future. If you like any of the ideas please contact me before using them. 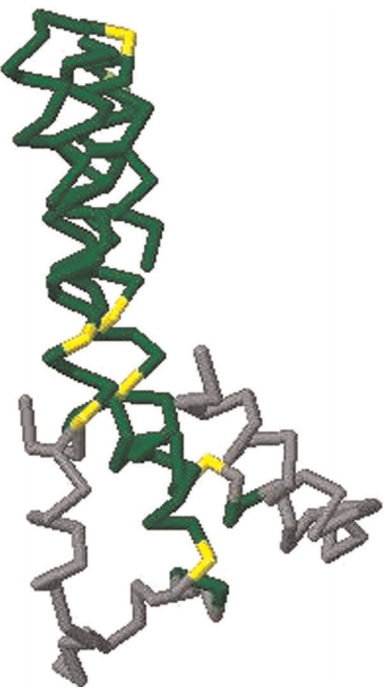 The Global Distance Test (GDT) is a similarity measure for protein structures that indicates the largest fraction of atoms of one structure that can be superposed onto another structure such that the distance between matched atoms is less than some cutoff (typically values between 0.5Å and 10Å). This measure is extensively used in CASP and for PSP methods.

The original algorithm for finding the GDT, called LGA, is described by Zemla and is a heuristic. There is exists, however, an exact O(n7)-method [Choi et al., Ambuhl et al.]. Although this method may not be generally useful it would be interesting to implement it and determine how good the LGA algorithm is. It would also be interesting to investigate the expected running-time of the exact algorithm and of course if there is any room for improvements. Recently an approximation algorithm was suggested [Li et al. 2011]

[Ho 09] is a paper on character motion synthesis by topology coordinates. It would be interesting to investigate if protein motions (conformational sampling) could be performed with the writhe matrix idea.

It would be interesting to have an implementation to find the d-dimensional Delaunay tessellation, for example using the Bowyer-Watson algorithm. An initial implementation should be made in 2D and then extended to d dimensions. Preferably the implementation would be integrated into the ProGAL library. If this turns out to be trivial there are a number of possible extensions that can be explored. First, the Bowyer-Watson method is known to be fragile to rounding errors, so it can be explored how the method can be made exact. Another extension would be to explore how Delaunay tessellations could be used for clustering and data mining in higher dimensions [1, 2].